Small notes announcing a desire to make a trade, or permuta, of state-managed habitation, are tacked to at tree on Havana, Cuba's Prado, at a designated meeting location where people gather once or twice a month to advertise and discuss trades. The notes list the location and details of the habitation to be traded. Since all housing is state issued and managed, and no one holds legal ownership of property, trades for habitations of similar size to the one originally issued to an individual or family by the government are acceptable. The state distributes housing based on family size and needs. In a trade, for example, a three or four member family originally living in a two bedroom apartment with a kitchen may be looking to trade for two small, separate apartments-one for the parents, and the other for a newly married adult child and partner. Trades can also be made between those wishing to move into or outside of the city of Havana, or within different neighborhoods of a given city. All final trades must be approved by the government. Photo by Jen Klewitz 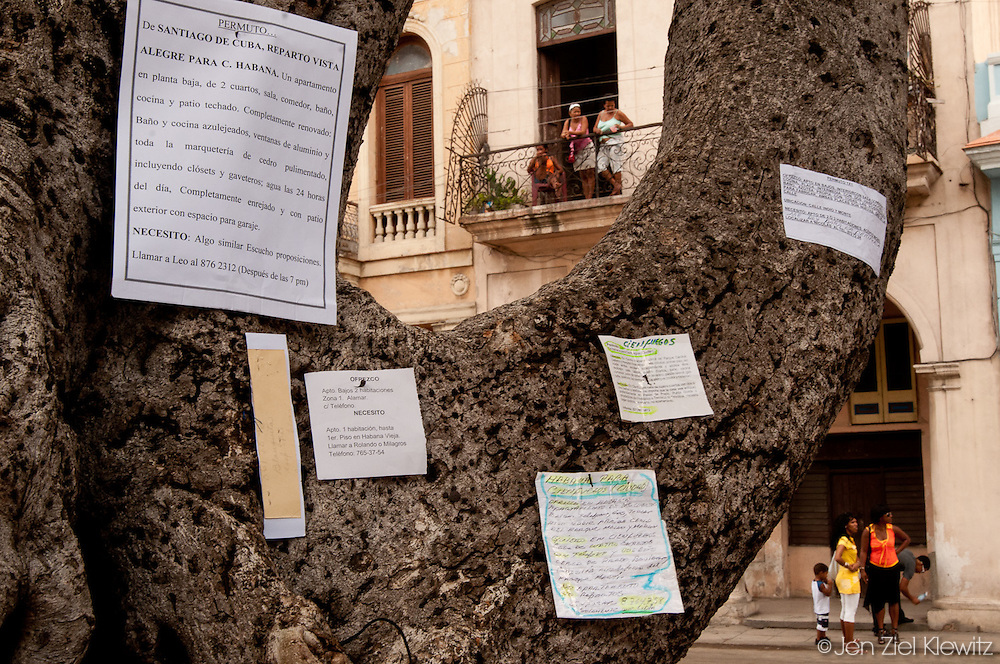