Luis Ramon Lopez Pelegrino emerges from a swim in the ocean along the Malecon (the seafront wall and walkway bordering the city) in Havana, Cuba, displaying a recently-inked tattoo identifying him as a member of the Abakua or Abakuá (various spellings are used). The Abakua is an all-male, initiatory secret society of Afro-Cuban religion. The first such societies were established by Africans in the town of Regla, Havana, in 1836, and this remains the main area of Abakuá presence, including the district of Guanabacoa in eastern Havana. Abakua presence is also strong in the city of Matanzas, several hours east of Havana, where Afro-Cuban culture is vibrant. The Abakua societies, whose traditions were brought by African slaves imported to Cuba, are believed to have originated from fraternal associations in the Cross River region of southeastern Nigeria and southwestern Cameroon. Photo by Jen Klewitz 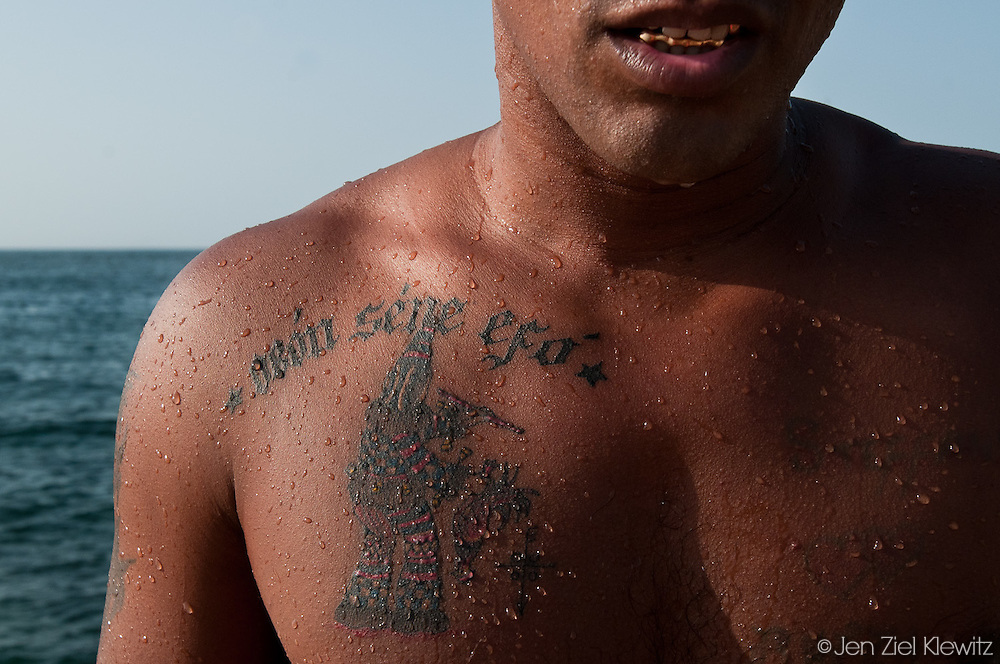